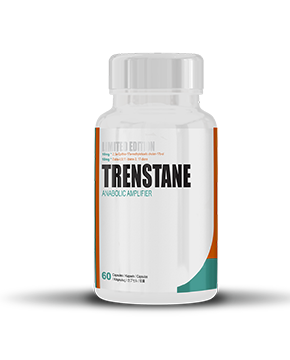 THE ULTIMATE CUTTING STACK IN ONE BOTTLE

For a limited time only German Pharmaceuticals have released their two most popular cutting agents in one product.
TrenStane gives you an equal spilt dose of Tren & Epi
The duel effect of both of these compounds maximises the lean, dry effects each of them are renowned for without the increased risk of hepatotoxicity as Tren  is not liver toxic. This allows experienced users to run this cycle for up to 8 weeks, when running this cycle for an extended period of time it is recommenced to use an all round cycle support such as Pure Labs Cycle Shield. If you are only running this cycle for 4 weeks then Eden Health Milk Thistle should suffice.

This is a phto trenbolone. Unlike previous „tren“ phs, this one actually converts in the body to trenbolone. Previous „tren“ PHs converted to the structurally similar – but markedly weaker dienolone. Conversion to trenbolone should be high, so effects should be identical to the injectable form – with the exception of the famed „tren cough“. Whatever the explanation for „tren cough“ (and many have been suggested), since it’s a reaction to the sudden parenteral introduction of some compound directly into the body, it’s highly unlikely that any orally administered compound will have the same effect.