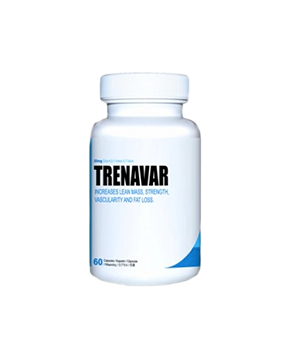 It is a prohormone that targets 17b-HSD1, which means that the body is converted to the anabolic steroid – trenbolone. It is known to have high affinity for androgen receptors and also acts as a glucocorticoid receptor antagonist. And that’s a very strong thing ..

Trenavar has the same three conjugated double bonds as trenbolone, it differs from it only by having a 17-ketone group where trenbolone has 17b-hydroxy. This ketone is then hydrolyzed to the active form of trenbolone. Based on these facts, you can expect the same effects as the use of injectable trenbolone. Older „train“ PHs have been converted to dienolone, which is similar to trenbolone in its structure, but is not nearly as strong. Trenaurar metabolism is really high, so the user can expect to meet the same high goals.

The benefit of the oral form is that you can avoid „coughing train“, which is a common phenomenon after injecting trenbolone. This is a coughing urge and the intensity of this condition is individually given. From a few seconds to longer, which definitely is not nice. One study in 1996 found that the oral form of trenbolone was detectable in the tests 2 to 4 days after use, which is a much shorter time than its injectable brother. It is assumed that the trenave will be similar. However, exact detection time is not known. It is suitable for separate cycles, as well as for combination with other prohormones. It is also referred to as „Prohormone Experienced“.

Not recommended for people prone to gynaecomastia. According to the experience of the consumers, the greatest benefit of the use is the growth of pure, dry muscle mass, improvement in density and muscle definition while reducing the subcutaneous fat. Extreme blood flow during training is also reported in the available literature. The most common muscle gains are in the range of 5-7 kg per cycle. It is also more popular due to the fact that shorter cycles are enough to achieve results – 4 weeks in a daily dose of 30-40 mg. For experienced users, the daily dose may be increased up to 60 mg.